Comparative Literature is the study of common features in the literature, cinema, and other forms of cultural production across national and regional boundaries, from an intercultural, interdisciplinary and global perspective. Today we live in a global society where languages, literatures and cultures intersect and interbreed, and that is why it is important to broaden our scope, to understand the many diverse ways in which human beings perceive and relate to the world and each other. We offer courses in the literatures and cultures of Europe and the Americas; of China, India, Japan, Korea and Vietnam; and of East and West Africa. In comparative literature classes, you will read works in translation. 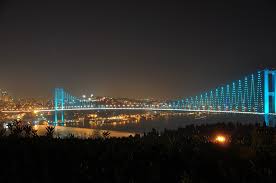 The CMLT major and minor appeal not only to students who wish to learn how to analyze and appreciate literary and other artistic productions in their cultural and intercultural context, but also to those who are curious about languages and cultures beyond the English-speaking world.  The major frequently combines with students studying a foreign language, as many of the classes will double-count, and you will be able to study foreign literature in its original language. Additionally, the CMLT major and minor provide students with the interpretive tools to analyze and compare several of the world’s major systems of values and beliefs through the study of select literary, philosophical and sociopolitical texts from several major cultural traditions of the world, from both a historical and a contemporary perspective, so that they become aware of the decisive role of culture in most domains of human activity, including business, politics, international affairs, education, law and medicine. Therefore, some students who choose to double major may also profitably combine Comparative Literature with their studies in the social or even natural sciences.

We appreciate your financial support. Your gift is important to us and helps support critical opportunities for students and faculty alike, including lectures, travel support, and any number of educational events that augment the classroom experience. Click here to learn more about giving.